Once it is complete, our new facility will be bring jobs to Wembley and the wider Brent area and will offer opportunities to young people and adults of all ages to improve their skills, advance their careers, and gain valuable experience. 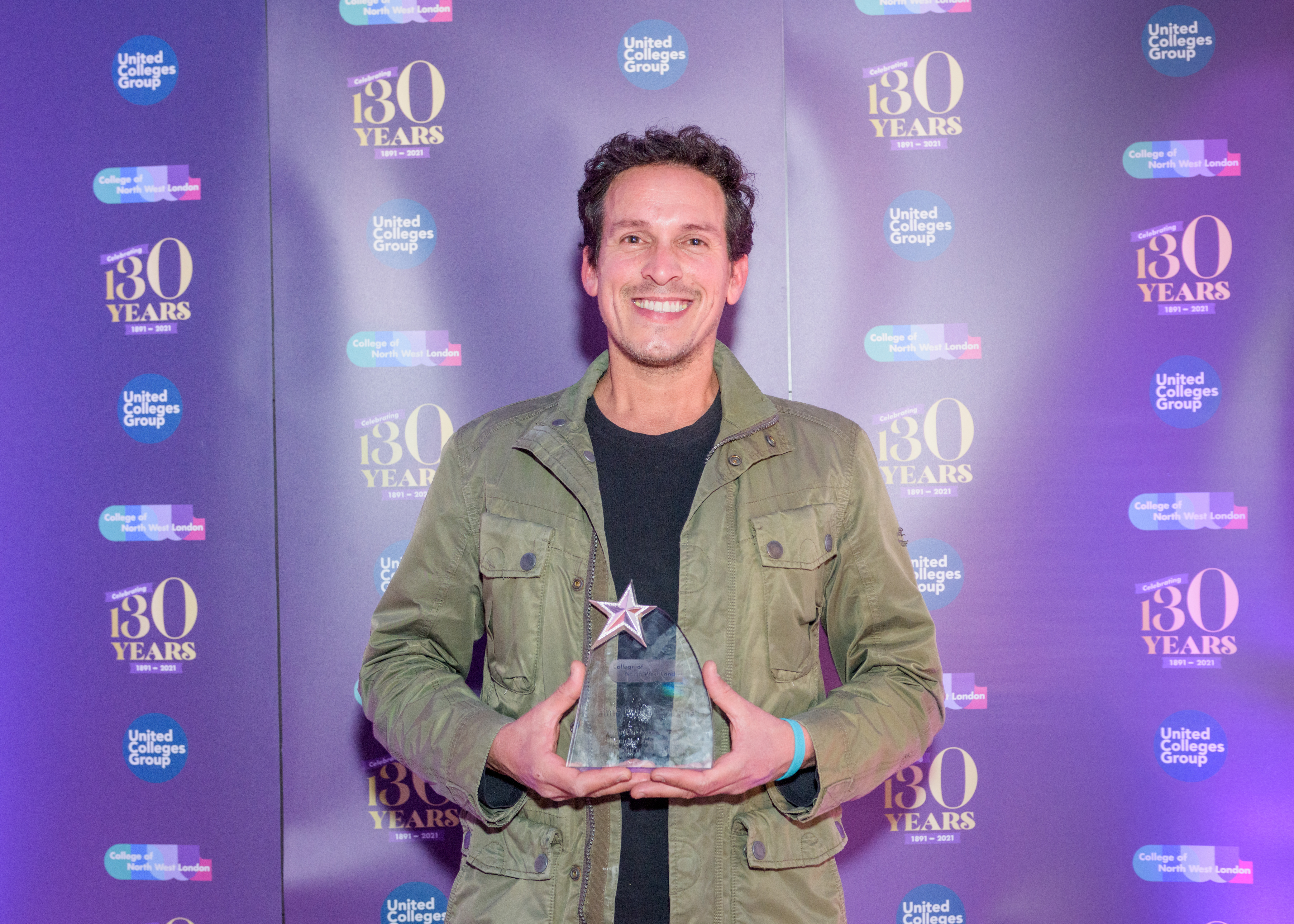 For Excellence in Electrical Engineering in honour of Alan Fitchett

Jaime completed his City & Guilds Apprenticeship in Electrical Installation sponsored by his employer, London School of Economics and Political Science (LSE). A former student of Alan - he is praised for the outstanding quality of his work, commitment to his subject, dedication, and motivation which has made him an exemplar for other students who wish to follow him into electrical engineering. 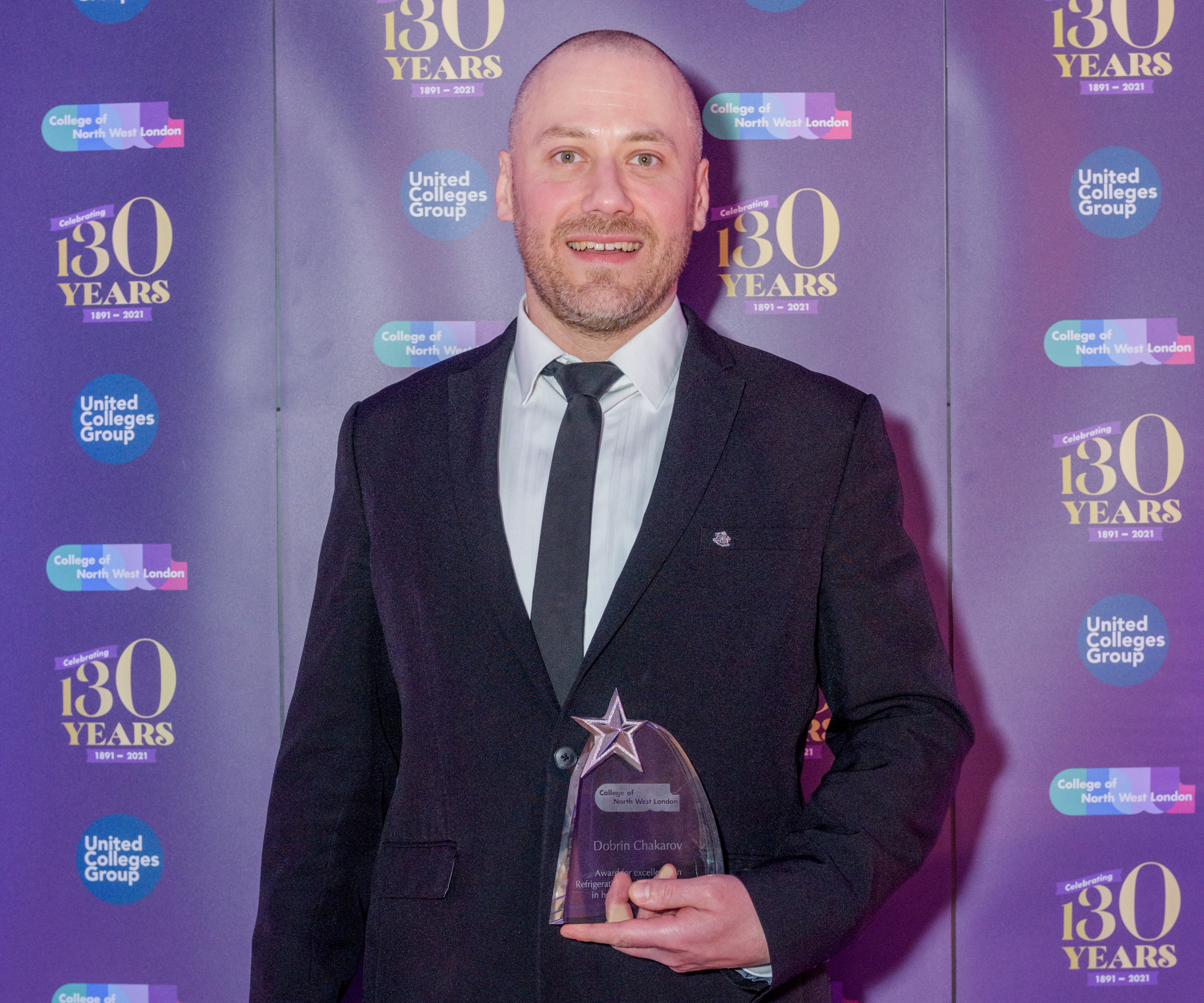 Dobrin is in the final year of his Refrigeration and Air Conditioning Diploma level 2 course. He has demonstrated sheer commitment and perseverance to his studies. His consciousness and mature attitude make him an inspiration to all who encounter him.

For Excellence in Science in honour of Sade Famakinwa

Aya’s ambition to become a Civil Engineer led her to enrol on an Applied Science level 2 course - where she gained an overall Distinction grade. She progressed onto an Applied Science (Medical) level 3 course and maintained exemplary attendance, timekeeping and a positive attitude and has received several offers to read civil engineering at London universities.

For Excellence in Media in honour of Fred Marden

Mitra is pursuing the second year of his Creative Media and Production Extended Diploma level 3 course. He has a strong work ethic, is self-motivated and enthusiastic. He is on target to achieve a distinction grade and plans to progress to university or undertake an apprenticeship to fulfil his ambition of working as a film producer.

A TRIBUTE TO TEACHING STAFF 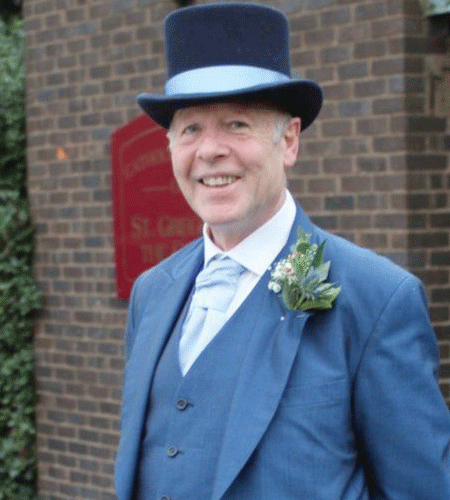 Alan worked at the college for 25 years. He started as a technician, supporting students and providing practical demonstrations and then decided to go into teaching to continue his passion for passing on the skills, knowledge, and expertise he learned from industry. Alan always found ways to enhance his teaching to help his students with difficult electrical concepts. He would go the extra miles to create resources to help them understand their learning. Everyone knew Alan was around as you could hear him humming a tune down the corridor and he liked a collection of spoons! Alan was a kind, loyal, and devoted teacher. He loved working with his colleagues and developing a strong bond with them through the annual golf tournaments. He was a dedicated father who inspired both his sons to study electrical installations at the college and his daughter to become a teacher.

Fred joined City of Westminster College in 2015 and quickly became well-known and respected as a man who would do whatever he could to help his students and colleagues. A lifelong lover of radio, who brought his skills and expertise in broadcasting into the classroom, Fred was caring, considerate, and was an affable man who loved dogs – especially his two rescues, Belle and Jack, who were very important to him. He loved both presenting on-air just as much as he did teaching, and his passion for radio was clear for all to see. He had many friends, many of whom were former students that he guided into careers in the media. Fred will be remembered by everyone who knew him and his legacy, both in teaching and in radio, will go on inspiring students, teachers, and everyone who knew him.

Sade was a dedicated teacher of Science and worked at the College of North West London for 15 years. By becoming the Science and Engineering Curriculum Leader, she was able to extend her experience, knowledge and expertise to other Science teachers. Sade was a very supportive and caring person and always had her students in the front of her mind. She brought learning to life for her students and enjoyed putting on fun field trips for them. Her approach always inspired and motivated her staff, especially when preparing for practical investigations. She was determined to make learning come alive, she motivated the Science department to peel 60kg of apples to ensure the students could complete their experiments. She cared for her students and supported them fully. She was a pillar of strength to all her staff as well even through tough times and guided them with love and care. 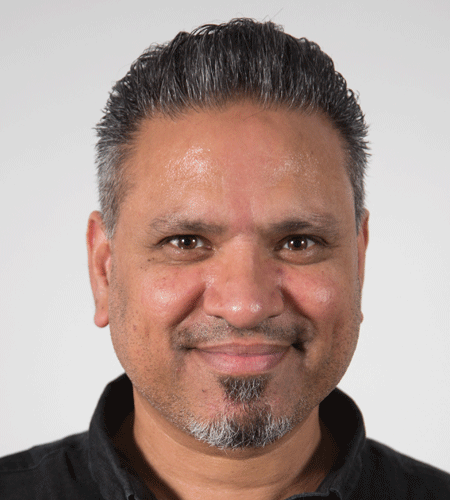 Saiyed worked as a dedicated teacher in the Refrigeration and Air Conditioning department for 18 years. He was an outstanding teacher who had his students’ best interests at heart. Saiyed was passionate about teaching and learning and shared his knowledge and experience with colleagues through becoming a learning coach. He wanted to make learning exciting and so he initiated different teaching styles to engage his students. He never stopped making learning real and exciting. Saiyed was so articulate that even the most complex idea was easy to understand when he explained it; this is something his students will miss the most. Saiyed always had a smile on his face and a positive outlook on life. He had a natural gift for making people feel good after speaking with him. He was a true gentleman, who cared for the students and staff around him and was an inspiration to them all.

MOMENTS IN OUR HISTORY 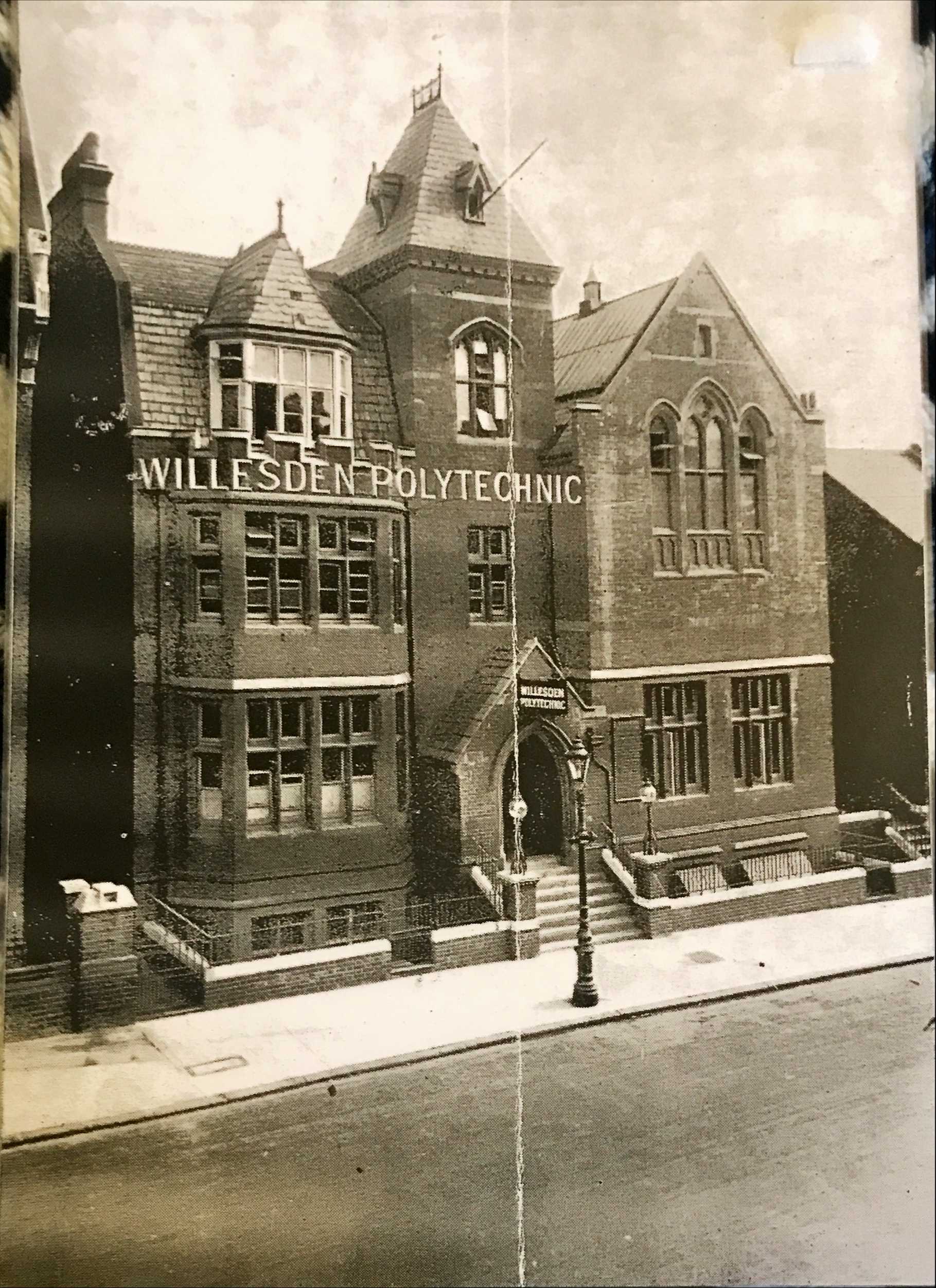 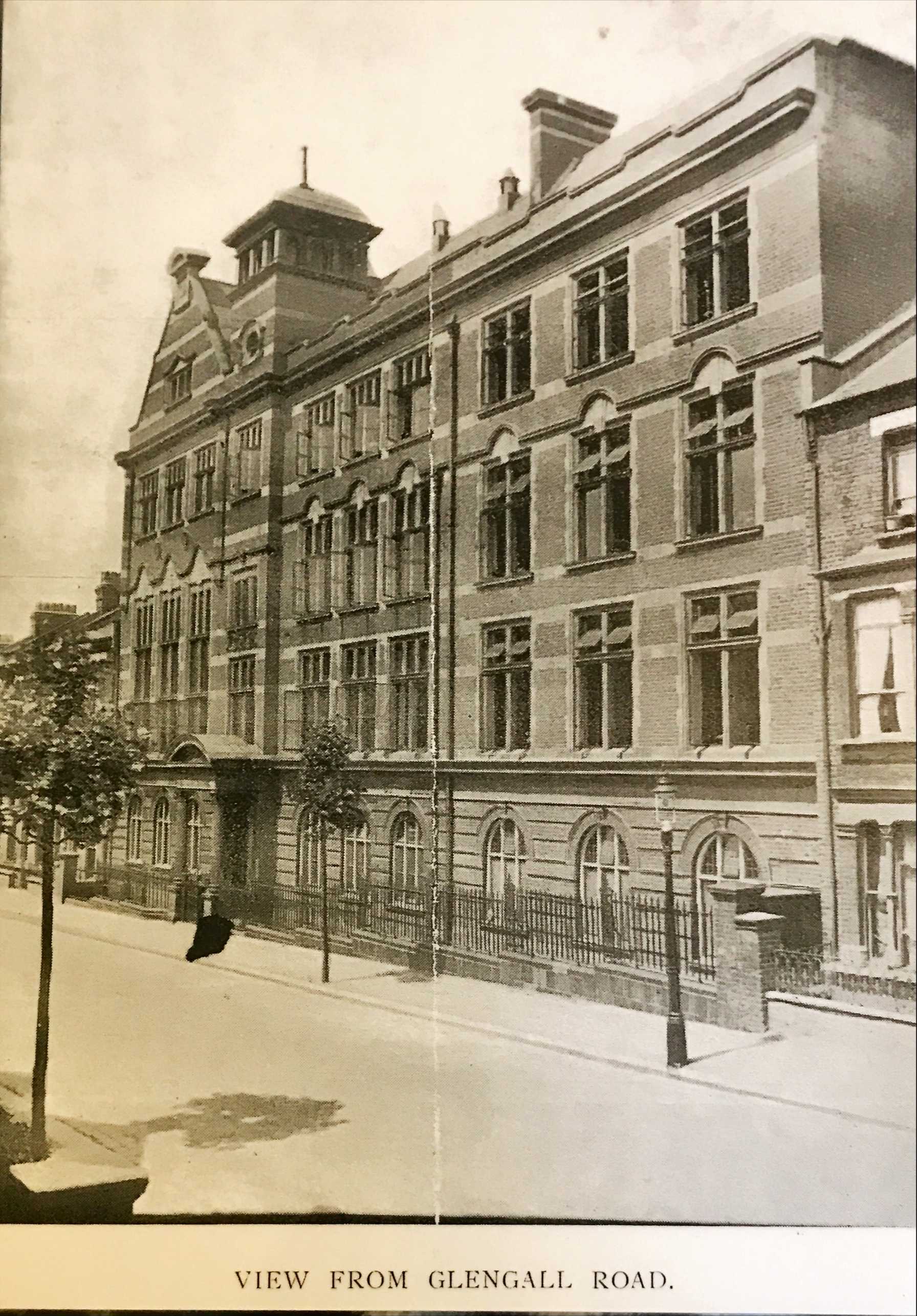 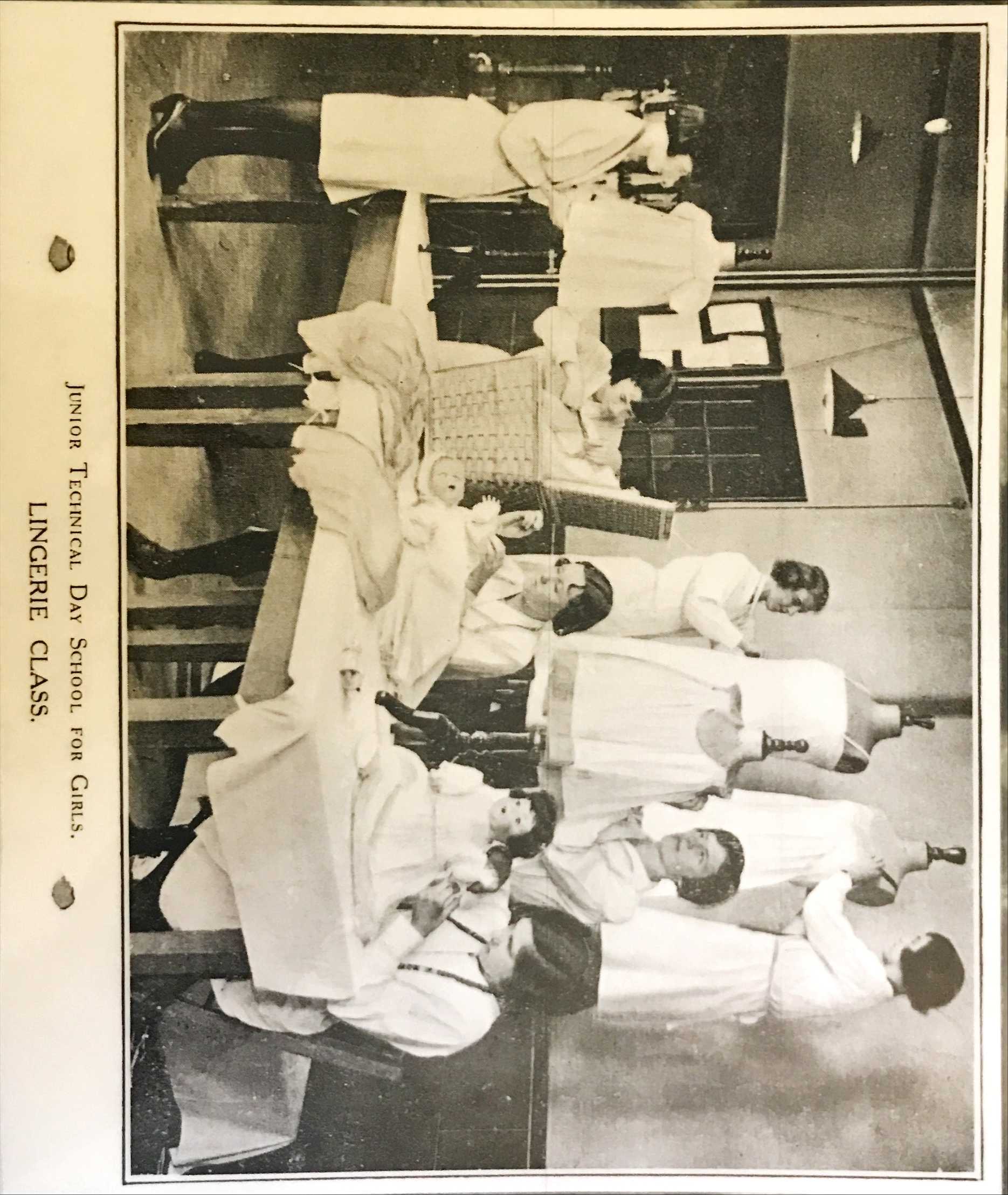 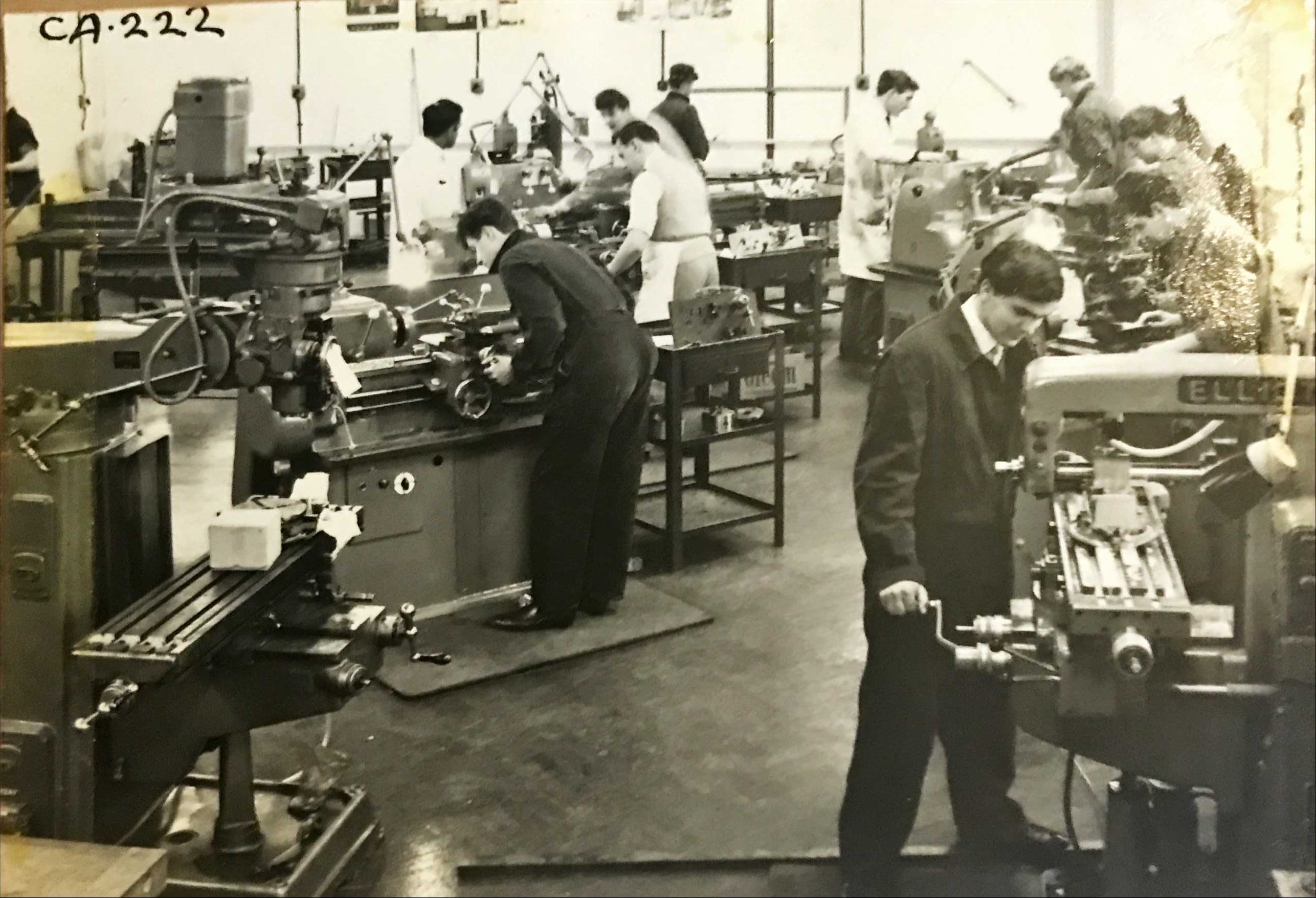 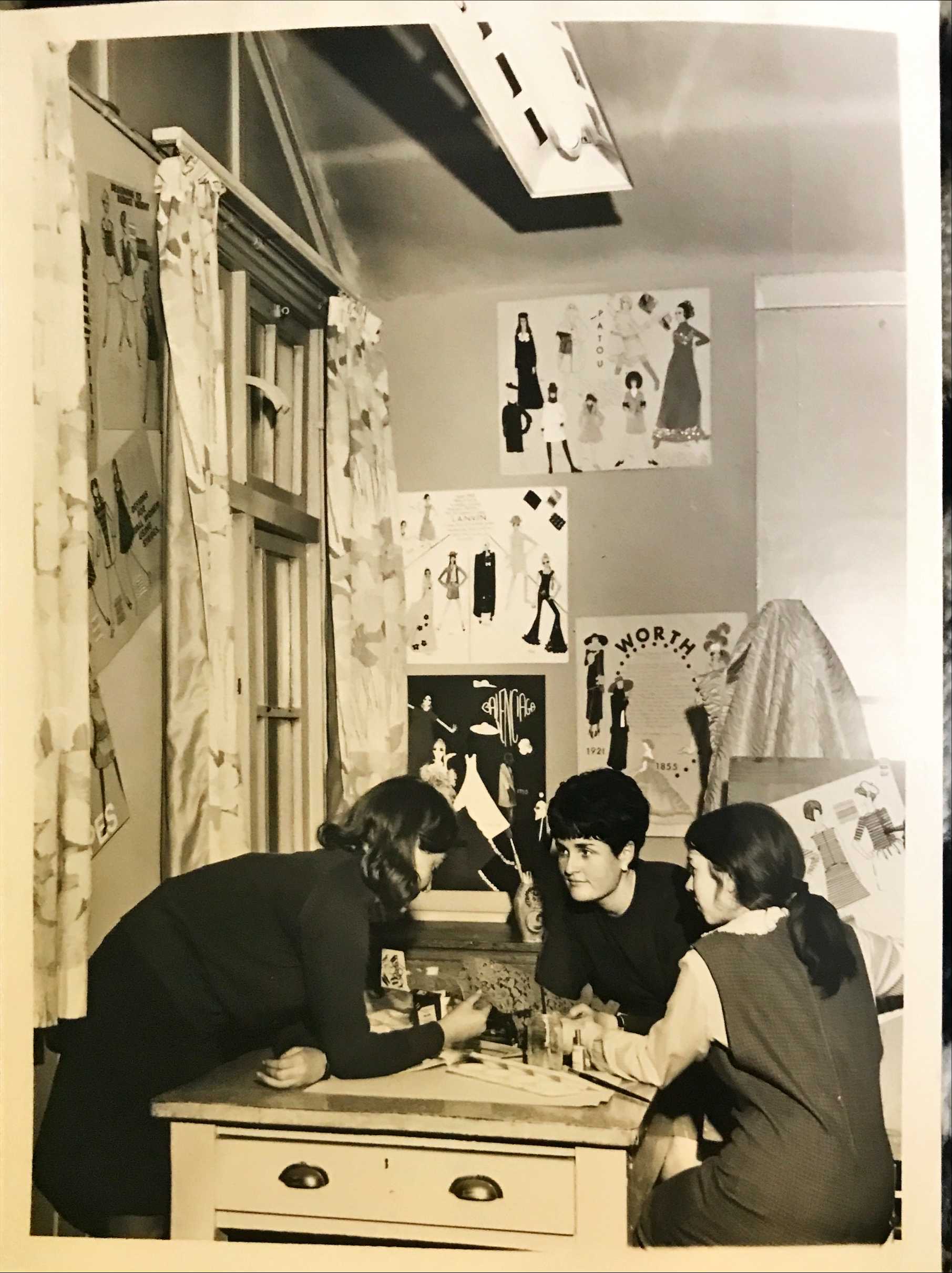 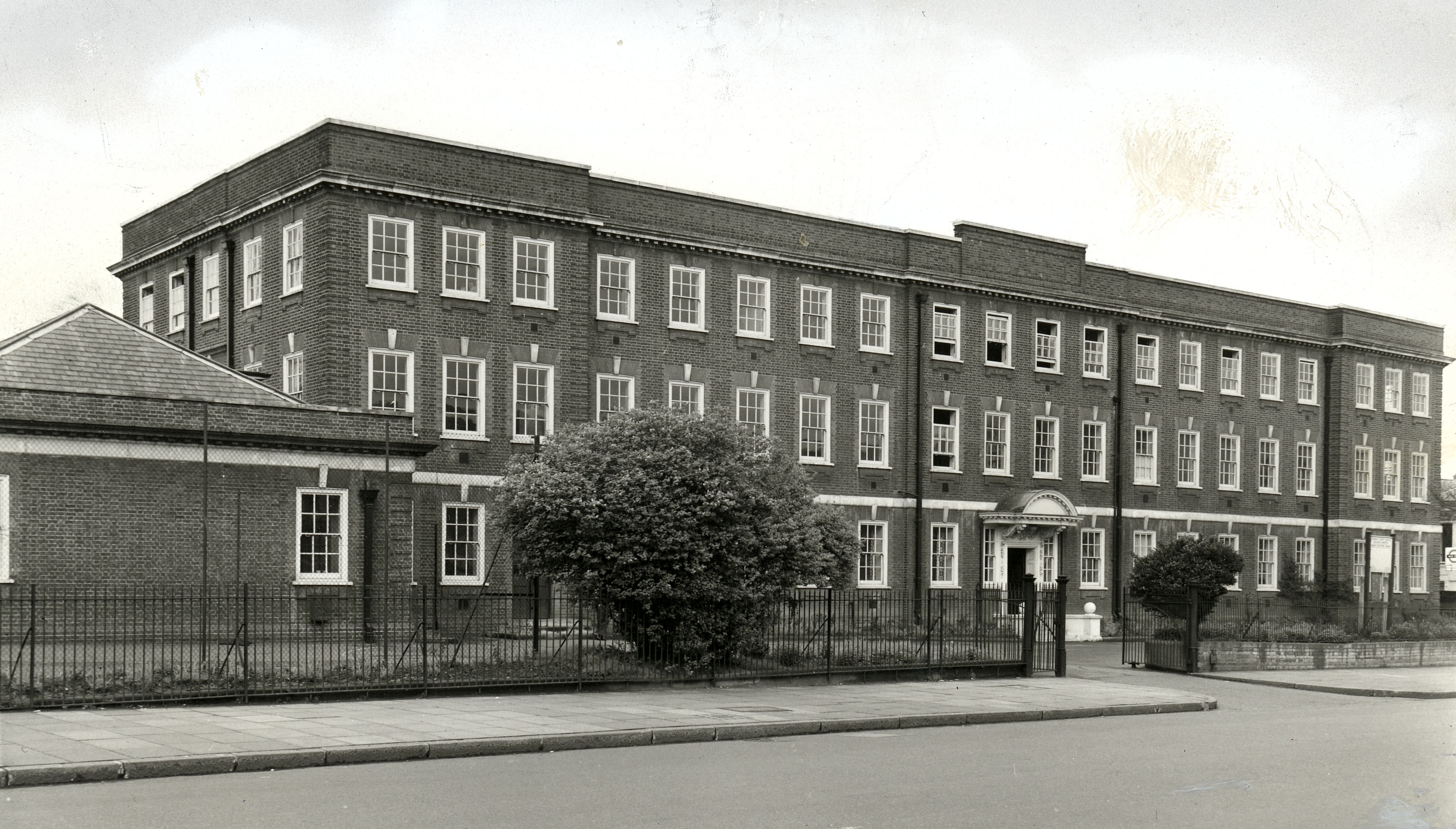 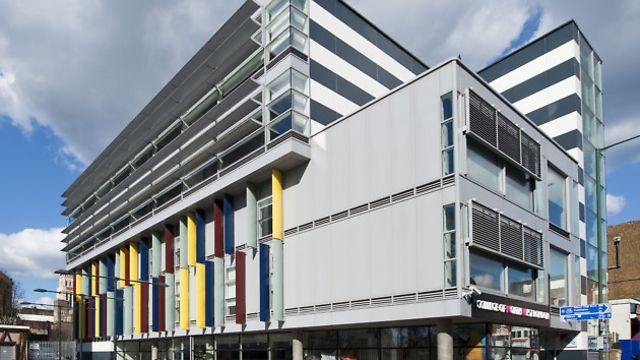 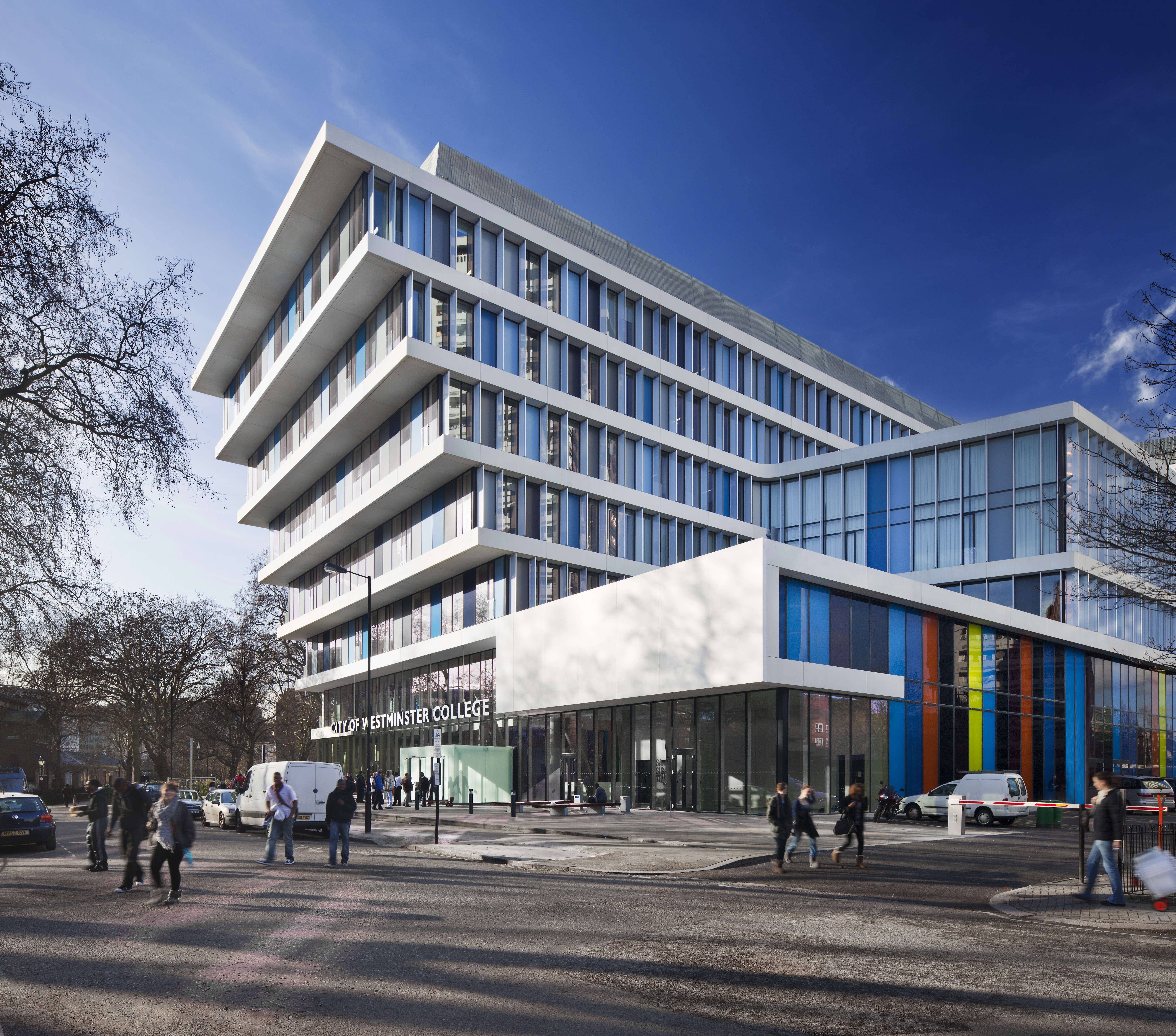